Written by Nicole Griffith for the Wolverine Herald June 2017

Donkey basketball was a success again this year! A delicious dinner of chili and cornbread was served for all who came. There were four teams – a high school boys and a high school girls team and then a staff team and another team composed of boys. The first game was boys vs. girls, which the boys won. The second game was the staff against the second boys team, in which the staff won. The final game was the losers of the first two, which the second boys team won. It was a very comedic night for everyone and a nice amount of money was made that also went towards the Washington D.C./New York trip next spring! 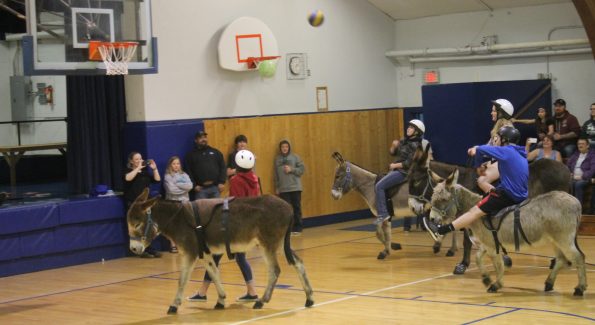