As the Alsea Volleyball team began its 2021 season, it was apparent that the youth on the team would need to play catch-up in order to compete in the Mountain West League with the likes of Eddyville and Mohawk, teams filled with experienced upperclassmen. Alsea quickly went to work, and under the leadership of Head Coach Ricki Hendrix, finished the regular season in the #5 slot partially due to cancelling multiple games due to COVID precautions which were all recorded as ‘forfeits’. As the #5 seed, Alsea made quick work of Mapleton in a play-in game to go to the District Playoffs in Harrisburg where they were pitted against #4 seed Triangle Lake. Alsea beat Triangle Lake in 4 sets and earned a match up against Crow, a team that beat Alsea in 3 straight sets in their first game of the season. Alsea quickly won the first two sets before eventually falling in the next three to end their season.

While the season ended, the play of the team and individual contributions did not go unnoticed. Four Wolverines brought home Post-Season Honors.

Sophomore Addison Mussatti and Junior Hannah Beck earned Honorable Mention All-Mountain West League honors. When asked about the season and how she felt about it, Beck stated “I enjoyed spending time with my teammates and getting increasingly better by the end of the season. I’m looking forward to becoming closer to my team and what the next season holds for our team.”

Also honored were Sophomores Hallie Olsen and Hayden Spaulding, earning 2nd and 3rd Team All-Mountain West League Honors respectively. As for being nailbitingly close to earning a #3 seed in the State Tournament, that isn’t all Olsen is shooting for: “I enjoyed being able to learn how to do new things and become a better player than at the start of the season. I look forward to working hard at getting first team and working hard to get player of the year.”

Clearly there is some unfinished business circling the Wolverine Volleyball program and while that will be at the forefront of the players’ minds as they enter their 2022 season, Mussatti sums up perfectly what ‘team’ means to her: “I really just enjoyed this whole season. I made so many new friends and I learned a lot from my teammates and coaches. I also got to teach a few of my friends some stuff. My favorite memory was screaming the song ‘Before He Cheats’ before every game because that was our hype song and no one understood why. I can’t wait to play again next season with my amazing teammates and learn even more from my awesome coaches.”

Look for Alsea to make some serious noise in the 2022 Fall season as they return these four along with many other key contributors to the 2021 team. Go Wolverines! 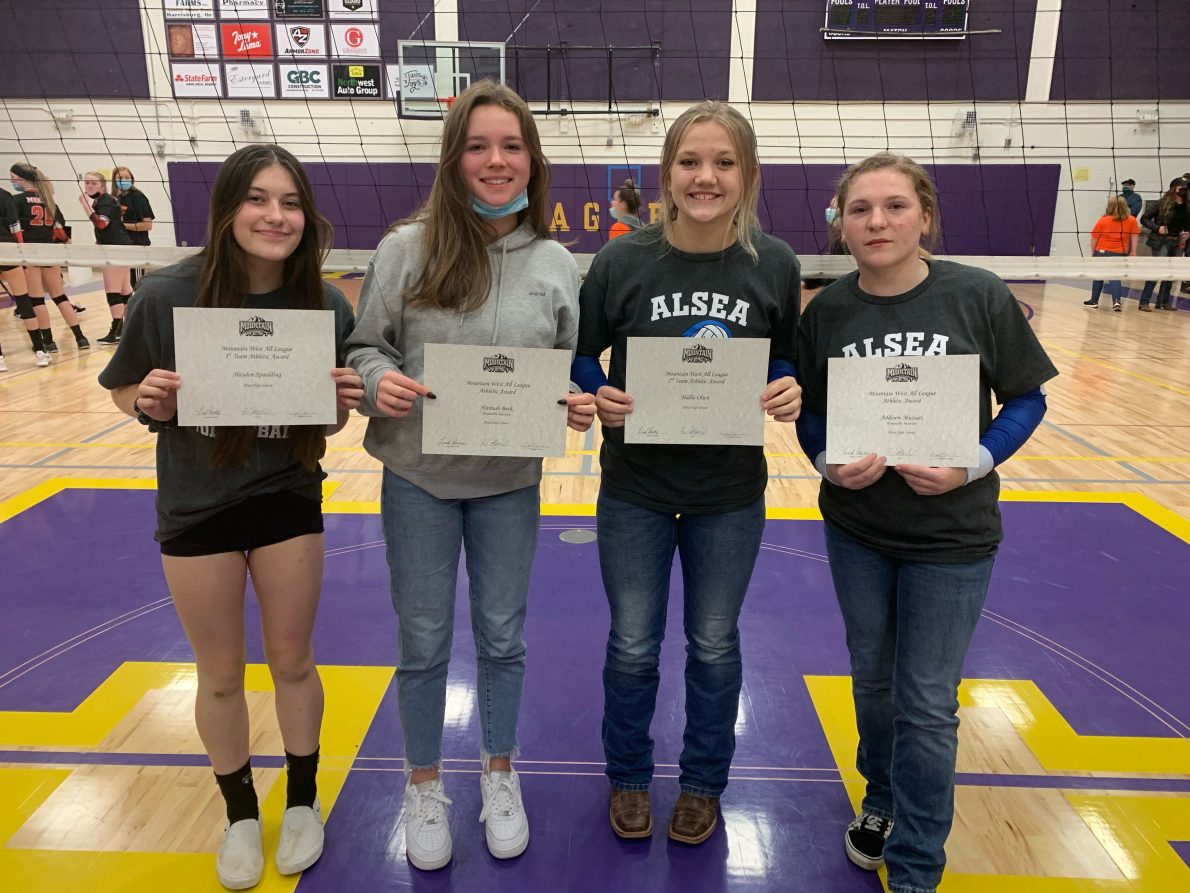