With dwindling participation numbers, Alsea Football was determined to ensure that its boys had the opportunity to play football in 2019 and it joined a new pilot program, a 1A/6-Man league. The season began with much excitement, but as we are all aware, it was derailed by COVID-19 and the season was shut down. Amidst the continuing global pandemic, the 2020 football season was moved to the spring of 2021 and in a 6-game season, Alsea went 5-1 and finished in a 3-way tie for the League Championship. The 2021 version of the Wolverines was poised to make another run at the league title and hopefully more.

After finishing the season 2nd in the North Division with a 6-1 record  (this counted forfeits from Mapleton and Mackenzie), Alsea set its sights on the State Playoffs and a first round tussle at home versus Riddle. Alsea made quick work of the Irish in front of their home faithful, winning 51-12 to advance.

The 2nd round saw Alsea travel to Prairie City for their quarter final match up against a Prairie City team who had beaten Joseph 66-12 in their first round game. As the game grew longer, and the touchdowns piled up, Alsea found themselves backed against a wall after Prairie City scored the go-ahead touchdown to lead 48-44 with just 0:50 seconds left in the 4th quarter. Alsea, not flinching, drove the field and scored before the clock expired, winning in thrilling fashion, 51-48.

Alsea then turned its attention to a familiar foe, Triangle Lake, whom they beat 33-19 in week 1 of the season and who was to be their State Semifinal match up. The game was held in Prineville (neutral site) and unfortunately, as is the case in many sports, beating a team twice in a row wasn’t in the cards for the Wolverines. Alsea finished their season 8-2, losing 14-53 which was good enough for a 3rd place finish at State.

Alsea placed multiple players on multiple All-League teams (see graphic below) in route to their phenomenal finish. A phenomenal finish that wasn’t without its difficulties. When asked about the adversity, Senior Garrett Hibbs commented, “What I enjoyed the most about this season was how when our team started to get down, we stuck to what we know and overcame that adversity.”

The cohesion created amongst the players was a common theme when speaking with Freshman Parker Crowe who added, “My teammates helped me get through some tough stuff this season and were always there to help me and pick me up. They helped me get better and stronger as a person and as an athlete.”

The positive mindset and unique nature of this 2021 version of the Alsea Wolverines Football Program proved to transcended into every-day life and was summed up nicely by Hibbs, “Playing at Alsea truly showed me that keeping a positive attitude and having confidence can really go a long way.”

Just how far, you ask? Well, those returning in 2022 will certainly have a lot to aim for as Alsea graduates just three of its players this season. Crowe, while firmly rooted in the present, can’t help but look towards the future, “The thing that I will remember the most about this season is the growth we’ve had as a group and the success we’ve had, and our coach’s house over east. My goals for next year are to be better than ever and be much bigger, faster and stronger.”

Alsea will look to do just that – get bigger, faster, stronger – in the offseason as it has high hopes for how the 2022 Football Season will play out. Go Wolverines! 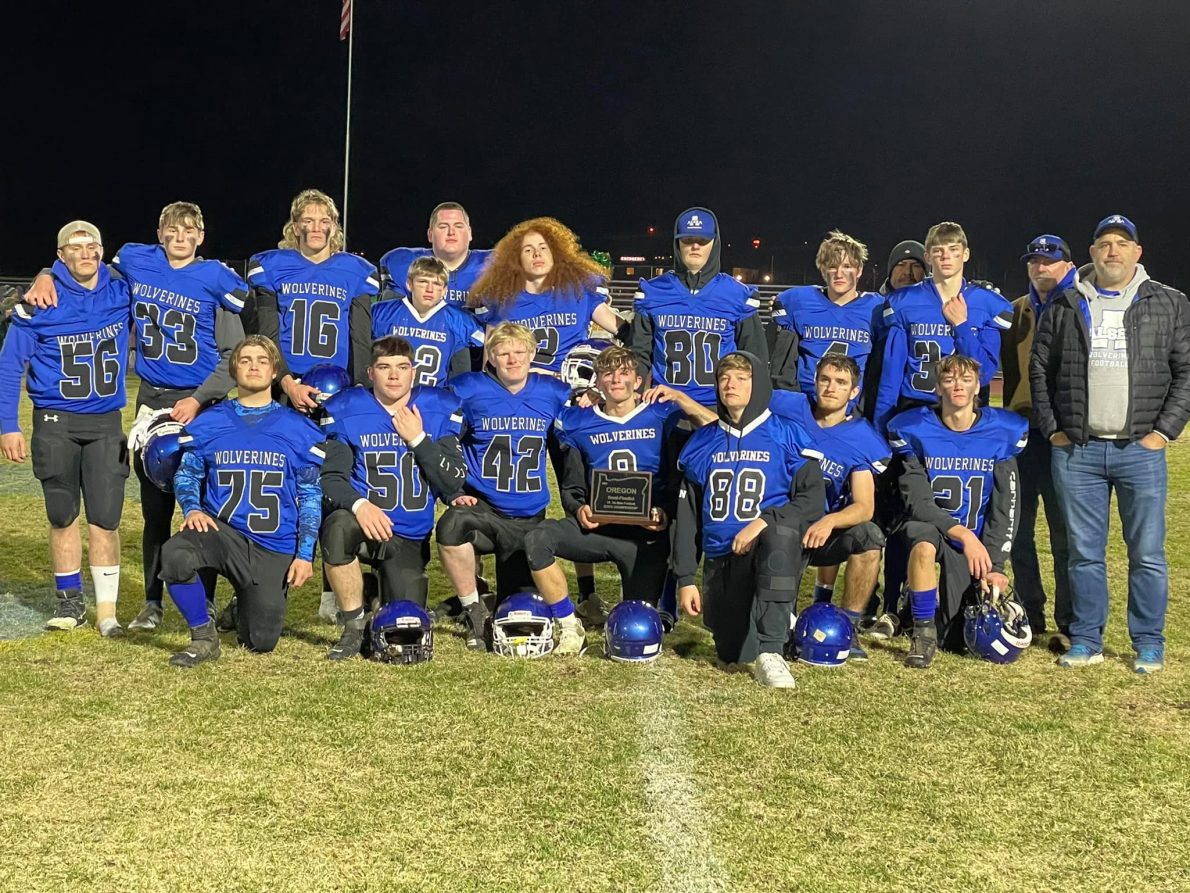